How does the Autopot system work and what is it? 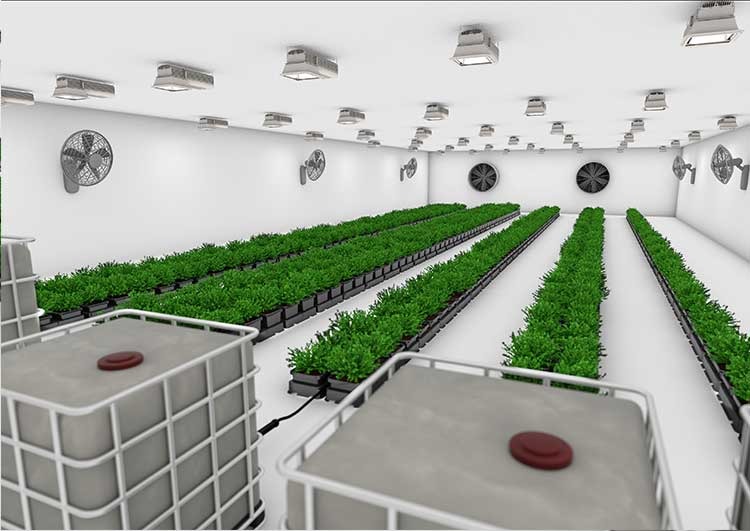 Hydroponics aka cultivation in water, is used both on an industrial scale and in home plant breeding, mainly in tents and greenhouses. As water is used as the ‘soil’ in this system, the most essential element that needs to be taken care of is the irrigation system. Let us have a closer look at how the irrigation system in hydroponics gardening works. We will understand this by analyzing the Autopot system.

Basically, Autopot is an automatic irrigation system that works perfectly in both home crops and large commercial plantations. It does not require any electricity powered devices because it operates on gravitational principle. It always works efficiently and without failure. What’s more, you can even modify or expand the Autopot irrigation system, if needed, in order for it to suit the type of crop you have planted.

How is the Autopot system built?

As the name clarifies it a bit, an Autopot is mostly available in ready-to-use sets, in which each module is equipped with a flower pot whose main purpose is to withstand the cultivated plant. They are available in various capacities and can easily adapt to specific requirements. We have small sets of Autopots like 1POT with four 15-liter pots; medium – Easy2Grow 12x8, 8l and large (60x8, 8l); and for the largest hydroponics – huge sets of Autopot equipped with 115 gallons of pots!

The main compositions of an Autopot are: a specially designed irrigation tray that fits into the pot; piping connecting the next elements of the system; water valve (so-called cistern) to control the flow of water to the stand; and a tank to store mixture of water and nutrient solution.

In an Autopot system, the central part is the reservoir in which combined nutrients and water are stored. It is further connected with the cisterns, using pipes, which are found in each tray having pots placed in it. Moreover, the tanks are located above the pots, which further allows for automatic drainage of the solution with tubes. Thanks to the cistern watching over the system, trays under the pots can be filled without the risk of being flooded. Further, the term "flush" is associated with the mechanism because it works on the same principle as found in every toilet.

As far as the irrigation is concerned, the nutrient solution is successively absorbed by the plants, further decreasing its level in the tray. So, if there is smaller amount of nutrient solution in the tank, it is a clear indication that the valves open up properly and feed the crop with new portion of nutrient. The entire process is repeated until there is no water remaining in the main tank.

Why is it worth it?

The main reason behind why an Autopot is worth it is that it consists of a fully automated system as far as crop irrigation is concerned. The entire process carries on itself and you need not supervise and control it on every step. It is because you just need to monitor the level of the nutrient in the tank. If you see that the nutrients have been exhausted, then you can directly supplement them on your own. What’s more, you don’t even need to purchase additional equipment such as electric pumps or programmers. It is because of this automated system and non-requirement of additional pumps that this system does not create annoying noise and does not consume electricity at all.

People around the world need to be interested in hydroponics because it is quite easy, brings in a lot of satisfaction, and is the best way of growing plants. And, for the aspirers of hydroponics gardening, who do not have much time to look after their specimens but want to create their small green oasis at home, Autopot kits and accessories help a lot.